With the holiday season in full swing, PHR will look at what teams are thankful for so far this year. There also might be a few things your team would like down the road. We take a look at what’s gone well in the first few months and what could improve as the season rolls on. So far we’ve covered the following teams:

What are the Dallas Stars most thankful for?

2016-17 was a huge disappointment for the Stars. After finishing first in the Western Conference and advancing to the second round a year earlier, Dallas got off to a brutal start last season and couldn’t overcome it to sneak their way into the playoffs. Finishing with 79 points and third-last in the West, it cost head coach Lindy Ruff his job and several players their role on the club.

Still, it wasn’t all bad. After the season, the Stars lost Cody Eakin to the Vegas Golden Knights in the expansion draft, and couldn’t have been that upset about it. The centerman has put up a better season for Vegas than he had in 2016-17, but is still not the 20-goal, 50-point man many had hoped he would develop into. The fact that the Stars no longer have to worry about the two years at $3.85MM that Eakin is still owed on his current deal is actually probably worth more than having him on the team.

Then came the draft, where Dallas won the right to select third-overall and were able to take home exactly what they were after. Though some casual North American observers may have forgotten about Miro Heiskanen as he continues to develop in Finland, the Stars sure haven’t. Heiskanen is playing excellent in the Finnish Liiga, scoring nine goals and 14 points in 20 games while controlling games from the blueline. He is an absolute prototype when it comes to the new era of NHL defensemen, able to play well at both ends of the rink.

Fans should get a good look at his potential when he skates for Finland at the upcoming World Junior Championships, where he’ll remind everyone why he was taken third-overall. The idea of the Finnish duo of Julius Honka and Heiskanen playing long-term together should have Dallas fans salivating. 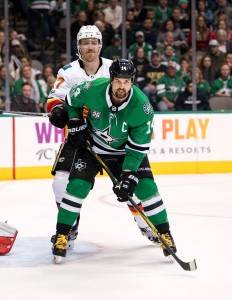 Benn continues to be one of the greatest stories in the NHL, going from a fifth-round pick out of the BCHL to a legitimate All-World captain and winger. His 30 points lead the Stars again this season, while his possession numbers and all-around play remain high. He’s the type of player every team around the league would be after if there was a chance, but as he starts his new contract extension it looks like he’ll be in Dallas for a long time.

With a $9.5MM cap hit for another seven years, there is definitely some risk involved in Benn’s deal. Who can know what kind of player he’ll be in his mid-thirties, but at this point he’s still the best chance the team has to compete for the Stanley Cup. With Tyler Seguin set to hit free agency in the summer of 2019, it will be interesting if the team decides to keep the dynamic duo together long-term, for what would be a huge chunk of the salary cap.

The Stars went out and got the starting goaltender they wanted in the offseason, buying out Antti Niemi and bringing in Ben Bishop to handle the load. Unfortunately, Bishop has battled a sore back this season and looked average even when he is in the net. Kari Lehtonen has bounced back from a dreadful 2016-17, but only to about the same level Bishop is playing, which is not good enough.

Bishop and Lehtonen have .908 and .907 save percentages respectively, and the Stars need more than that to get back to being a contender in the league. Especially when you factor in that Ken Hitchcock’s system usually increases save percentages in the first few years, the goaltending simply hasn’t been good enough. There are several issues with this team, but getting Bishop—who signed a six-year, $29.5MM contract with the team—back to playing like the Vezina contender he’s been in the past, could make up for them all.

Some more help up front.

Beyond the trio of Benn, Seguin and Alexander Radulov (who’ve been spread out recently to try and spark some more offense) the Stars don’t have enough firepower at forward. Young forward Radek Faksa has done his part, but veterans like Martin Hanzal, Jason Spezza and Antoine Roussel have been almost invisible when in the lineup.

The Stars are still 18-14-3 on the season and within striking distance of the top teams in the Central Division, but to really compete they’ll need a deeper offensive attack. The depth of their forwards pales in comparison to clubs like Nashville, Winnipeg and St. Louis, something that would become even more prominent in a seven-game series.