When the Colorado Avalanche won the Stanley Cup this year, they did so without a player who many thought a decade ago would be a long-term franchise cornerstone. That player is Paul Stastny, who, now 36 years old, remains a free agent almost a month after the signing period opened this offseason. After falling to the second round in the 2005 NHL Draft, Stastny blew the doors off the Avalanche franchise with three out of four 70-point seasons to begin his NHL career in 2007, 2008, and 2010. 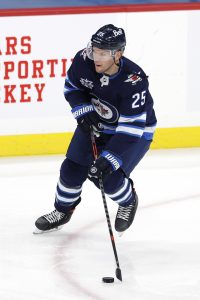 While he never replicated that offensive success, largely due to a variety of injuries, Stastny remained a capable top-six two-way center for years to come. Now a veteran of over 1,000 games, though, Stastny is coming off his second full season with the Winnipeg Jets and remains without a Stanley Cup. He may be somewhat of a forgotten name as his best seasons are behind him, but Stastny’s still managed 74 points in 127 games over the last two seasons while averaging over 17 minutes per game. It’s fair to say that while the end of the road for Stastny may be near, it’s not here yet.

Stastny’s 16-year resume with Winnipeg and Colorado in addition to time with the St. Louis Blues and Vegas Golden Knights still make him a valuable asset to teams looking to add cohesiveness in their locker room as they vie for a championship. He hasn’t been a name that’s popped up in many rumors, but he should certainly be on the radar of teams as the offseason slogs on.

Poetically enough, a reunion with the team that drafted him shouldn’t be out of the question. If the Avalanche can’t manage to re-sign Nazem Kadri this late in the game, they have more than enough cap space to accommodate a reasonable one-year deal for Stastny. Providing a little more offensive upside than J.T. Compher and more experience than Alex Newhook, Stastny could be a strong short-term solution to Colorado’s open spot at center on the second line.

Another team that could look to acquire Stastny to fill the same role to shelter a younger player is the Carolina Hurricanes. While Jesperi Kotkaniemi will get paid a decent chunk of change next year, he hasn’t really done much to earn that dollar value with his performance. With a team like Carolina that’s so close to winning, Stastny could be a desirable veteran backup to Sebastian Aho, and, with Carolina’s depth on the wing, he’d have a lot of offensive support. The team would likely need to shed cap to make room for him, however.

Stastny is coming off a one-year $3.75MM contract with Winnipeg. With a decent performance last season, too, there will be a team out there able and willing to pay him more than the league minimum. While he likely won’t replicate that dollar value, a contract in the $1.75MM-$2.5MM range could be there for Stastny in the coming days.