The Washington Capitals made headlines this past week as they won their first Stanley Cup in franchise history.  With the postseason now over, the offseason activity should really start to pick up.  There were some notable headlines from the past seven days which are highlighted in our key stories of the week. 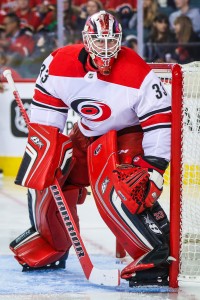 Blackhawks, Hurricanes Have Talked Trade: It has barely been a year since Chicago moved goaltender Scott Darling to Carolina but it appears they have interest in bringing him back.  The Blackhawks have held trade talks with the Hurricanes when it comes to their former backup netminder along with defenseman Justin Faulk.  There’s no word on what the asking price for the pair is but considering they combine for a cap hit just shy of $9MM, Chicago would presumably have to send a notable player or two the other way as well given their tight salary cap situation.  With new ownership and management, Carolina is certainly worth keeping an eye on in the weeks and months to come whether it’s in this potential deal or others around the league as they are believed to be looking to shake things up.

Hurricanes Taking Svechnikov #2: Speaking of those Hurricanes, they’ve made their decision on who to pick with the second-overall pick later this month.  Assuming they keep the selection, GM Don Waddell stated that it is “safe to assume” that Barrie Colts winger Andrei Svechnikov will be their choice (assuming defenseman Rasmus Dahlin goes first to Buffalo as is widely expected).  Svechnikov had a very strong rookie OHL season with 40 goals in 44 games and is expected to make the jump to the NHL next fall.

Detroit Actively Shopping Ouellet: There was a time where defenseman Xavier Ouellet was widely considered to be a big part of the future plans for the Red Wings but he has yet to establish himself as a full-time NHL player.  It appears that Detroit doesn’t believe he’ll become a regular as they are actively shopping the 24-year-old.  Ouellet averaged just under 14 minutes of ice time in 45 games in 2017-18 and is signed at a $1.25MM cap hit for next season.

Snow, Weight Relieved Of Duties: Lou Lamoriello isn’t wasting his time putting his stamp on the Islanders.  After taking some time to evaluate the situation, he relieved GM Garth Snow and head coach Doug Weight of their duties while installing himself as the new General Manager.  Both are expected to remain with the organization in a yet-to-be-defined role as they work off their contracts.  Snow had been running the show in New York since 2006 despite not having a great track record of success while Weight had recently completed his first full season behind the bench.  Lamoriello and the Isles will now begin to search for their next bench boss and it wouldn’t be surprising to see that announcement made by the draft.

Oilers Trying To Move Lucic: At the time the Oilers signed winger Milan Lucic to a seven-year, $42MM contract, many expected that the final couple of years could be an issue.  Instead, after just the second season of the deal, the Oilers are trying to find a taker for him.  The 30-year-old struggled to keep up on an up-tempo Edmonton team and scored just ten goals despite playing in all 82 games in 2017-18.  With five years remaining on his deal (plus a no-move clause), the Oilers will likely have to include some sort of incentive or take a similarly-bad contract back in return if they want to move on from their prized free agent signing of the 2016 offseason.