Friday: The Ottawa Senators have placed Clark Bishop on waivers in order to be able to place him on the taxi squad once again. He’s not the only one on the wire, as the Edmonton Oilers have placed veteran forward Kyle Turris and the Montreal Canadiens have placed Paul Byron on waivers. The New York Islanders have also signed Kenneth Appleby to an NHL contract, meaning he has to clear waivers to remain in the AHL. 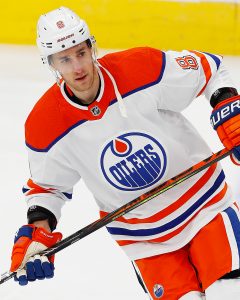 For Bishop and the Senators, this is a simple move to regain the roster flexibility they have had for most of the season. After clearing waivers before the season began, Bishop was able to move freely between the active roster and taxi squad depending on need, saving the Senators some cash on off days. His exempt status expired earlier this month, meaning he needed to clear again to be assigned to the taxi squad. With just three points in 12 games, Bishop is likely to clear again.

Byron too should be used to this by now, given he has cleared waivers twice this season and is part of a near-daily rotation through the taxi squad. The 31-year-old forward was once an important part of the Canadiens attack but is limited to mostly fourth-line duties these days. Given his contract carries a $3.4MM cap hit through the end of the 2022-23 season, he will clear again.

Turris hasn’t cleared this season, but it won’t be a surprise if he does. The 31-year-old forward is a shadow of the player that once scored 64 points for the Ottawa Senators and is overpaid even at $1.65MM this season. Turris signed a two-year deal with the Oilers in the offseason that the team is probably already regretting after he registered just five points in his first 25 games this season. Moving his deal to the taxi squad could bury $1.075MM of it, giving the Oilers some added flexibility.

Appleby, the biggest unknown of the bunch, is a 25-year-old minor league goaltender that would need an NHL deal in order to serve as the taxi squad netminder. In two appearances with Bridgeport this season he has an .896 save percentage and there is no suggestion that he’ll ever see time in the Islanders net.  CapFriendly reports that Appleby receives a two-year contract, making him eligible to be exposed to Seattle in the upcoming expansion draft.