The Buffalo Sabres have added some depth to their blueline, announcing that they’ve acquired defenseman Nathan Beaulieu from Montreal in exchange for a third round pick (68th overall) pick in next week’s draft. 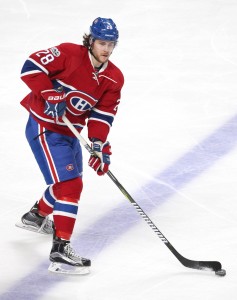 Beaulieu, the 17th overall pick back in 2011, has spent his entire NHL career with the Canadiens.  This past season, he played in 74 games, scoring four goals and added 24 assists for a career high 28 points.  He also logged a career high 19:39 per game in ice time.

However, his role diminished as the season progressed after opening up the year alongside Shea Weber.  He wound up being a healthy scratch in Montreal’s final postseason game which suggested a trade was likely.

The 24 year old is coming off a two year, $2MM bridge contract and is slated for restricted free agency with arbitration eligibility in July.  Despite how his time in Montreal ended, he should be in line for a considerable raise.  The Sabres are slated to lose Dmitry Kulikov next month as an unrestricted free agent and it’s likely that Beaulieu will slot in as his replacement.

From Montreal’s perspective, it had been speculated that the team wasn’t considering protecting him in the upcoming expansion draft so the deal allows them to get something for a player they were potentially going to lose for nothing.  That means that the final protection slot will go to one of Jordie Benn, Brandon Davidson, or Alexei Emelin.