As things start to settle down after a whirlwind first few days of free agency, teams around the league will be taking stock of who is still out there and looking at where those players could possibly fit in.  One of the players that several teams will certainly be considering is Tomas Tatar. 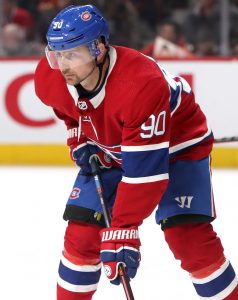 His case has been a strange one to follow over the years.  Go back to 2018 and his stock was on the rise.  He was coming off four straight years of 19 goals or more and was the big addition by Vegas at the trade deadline.  The hope was that Tatar would give their offense a boost as they went on a long playoff run.  They had the long run but Tatar did so little that he was a healthy scratch for more than half of it.  Months later, his stock much lower, he was included as salary ballast in a trade to Montreal with Vegas paying down a small portion of his contract.

With the Canadiens, Tatar rebounded, putting up 25 and 22 goals in his first two seasons with the team and his stock was on the rise again.  Again, however, that changed fairly quickly.  His numbers dipped last season to just 10 goals and 20 assists in 50 games, still decent but he spent a good chunk of the year on their top line while posting strong possession numbers.  By the end of it, he was back in the press box periodically and in the playoffs, he suited up in just five of 22 games.

How should Tatar be viewed?  It’s one of those glass half-full or half-empty situations.  On the one hand, here’s a player that coming into 2020-21 had seven straight years of 19 or more goals which is legitimate consistent top-six production on a lot of teams.  On the other hand, two teams now have seen fit to bench him for extended periods of time during a run to the Stanley Cup Final.  Those true but vastly diverse points make him a particularly intriguing free agent.

Who has a vacancy on the left wing in their top six and some cap space at their disposal?  Even with the recent poor playoff performances, Tatar should have enough of a regular season track record to generate interest from several teams.

In the East, New Jersey has the green light to spend and already made a big splash on the back end in Dougie Hamilton.  But they haven’t been able to do much of anything up front and Tatar would certainly give them a boost on the wing to work with one of their young centers in Jack Hughes or Nico Hischier.  Tatar would fill a hole in Buffalo although the Sabres aren’t a team that appears to be trying to win much next season but on a short-term trade, he could be a sign and flip option.  There is plenty of secrecy around the Islanders who have been linked to Kyle Palmieri and Zach Parise but if one of those falls through, Tatar fits as a fallback option.  Carolina is typically a strong possession team where Tatar could fit in but they’d need to have a good sense of what Andrei Svechnikov’s next deal would cost to see if they can afford him or not.

Out West, no team needs scoring more than Anaheim whose only addition up front this summer has been Buddy Robinson on a two-way deal.  Tatar could immediately step into an impact role for them.  Nashville has yet to fill the vacancy created by the Viktor Arvidsson trade and Tatar would be able to replace him from an offensive standpoint.  Seattle could still stand to add to their forward group but with the Kraken appearing to be emphasizing cap flexibility, Tatar may appeal to them only on a short-term contract.  Arizona is another team that doesn’t appear to be overly concerned with next season but Tatar would certainly improve their fortunes and could be an option as a sign and flip there as well.  If Tatar is willing to take a one-year deal, Colorado may have enough wiggle room on the cap to make it work if he takes a bit less than what his market value should be.

Tatar ranked 15th in our Top 50 UFA list with a projected three-year, $12MM contract.  There are definitely concerns with what has happened lately in the playoffs but with his regular season performances, Tatar should still have a sizable list of teams that have cap space interested in him so he could still command close to that $4MM AAV on a multi-year contract as one of the top free agents remaining.  If he goes a few weeks without signing, however, a one-year deal could become a more feasible option with an eye on rebuilding his value to improve his free agent fortunes a year from now.