July 3: The Winnipeg Jets have made it official via a release and Twitter announcement, naming Rick Bowness the eighth coach in Winnipeg Jets history and third since the team relocated from Atlanta. According to The Athletic’s Pierre LeBrun, the contract is for two seasons at $2.5MM per season (link).

July 1: While one coaching vacancy was suddenly created today when San Jose parted ways with Bob Boughner, it appears another is about to close.  TSN’s Darren Dreger reports (Twitter link) that the Jets are in the process of finalizing an agreement with Rick Bowness to become their next head coach.

It will be a return to where it all began for the 67-year-old as his first NHL coaching job actually came with the original Jets franchise (now the Coyotes) all the way back in 1988-89 when he took over midseason.  Since then, Bowness has a long track record of coaching, both as a head coach and an assistant and Dreger notes that his experience was a big factor in Winnipeg’s choice.  Of course, they were previously linked to Barry Trotz, an experienced bench boss who ultimately declined their offer to take over so GM Kevin Cheveldayoff was clearly looking for someone that has run an NHL bench in the past. 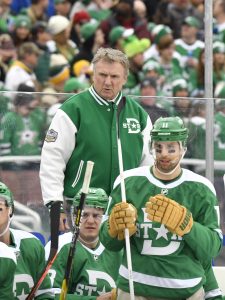 Bowness most recently was head coach of Dallas where he spent parts of three seasons at the helm.  This past season, the Stars posted a 46-30-6 record, good for a points percentage of .598, their best since the 2015-16 campaign.  That was enough to get them into the playoffs as the top Wild Card seed in the Western Conference where they made it to the seventh game against Calgary in the opening round.  Despite that, the team saw fit to make a change behind the bench, ultimately installing Peter DeBoer as their new head coach after Bowness and the team mutually agreed to part ways.

Over his career, Bowness has a 212-351-76 record as an NHL head coach with stints with the Jets, Bruins, Senators, Islanders, Coyotes, and Stars.  It’s worth noting that his four seasons with the then-expansion Sens played a considerable role in making that mark as poor as it looks as Ottawa only won 39 of 235 games under his tutelage.

Assuming the contract does get finalized, Bowness will be taking over a Winnipeg team that was among the biggest underachievers in the league last season.  There is a strong forward core in place but Blake Wheeler, Mark Scheifele, and Pierre-Luc Dubois have all been in trade speculation in recent weeks with the expectation that Cheveldayoff is looking to shake up his core.  Meanwhile, Connor Hellebuyck is coming off a tough year but is still only two years removed from winning the Vezina Trophy as the NHL’s top goalie.  By going for an experienced head coach, it’s clear that there will be win-now expectations for Bowness and the Jets, no matter what winds up happening with their roster over the coming months.