It certainly hasn’t been a banner year for Artem Anisimov. The 32-year-old forward has just two goals and eight points in 18 games with the Ottawa Senators. He has cleared waivers twice thanks to a contract that still carries a $4.55MM cap hit and has also dealt with injury. But that contract is coming to an end at the conclusion of this season and Anisimov will become an unrestricted free agent. 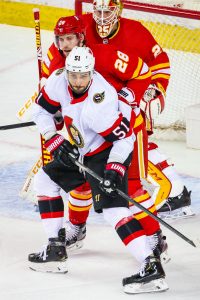 Though some speculation has emerged in the recent weeks that the veteran center will return to Russia and play in the KHL, that may be getting a little ahead of the situation. Elliotte Friedman of Sportsnet reached out to Anisimov’s agent Todd Diamond, who denied any report of his client returning to the KHL noting that “his only focus is to continue his career in the NHL.”

Now obviously, that depends on whether an NHL team will actually want to sign Anisimov, and that’s no guarantee after the last few seasons. Even last year he wasn’t a strong performer for Ottawa, recording just 20 points (though 15 of those were goals) in 49 games.

Perhaps that was just a symptom of bad linemates and losing his role in Ottawa was simply because the team wanted to give their younger players more opportunity, but a bounce-back from Anisimov is no guarantee in 2021-22. If a team does sign him, it would likely be for near the league minimum, a salary he could likely eclipse if he did return to the KHL. For now, the focus is on the NHL–we’ll see if it stays there.