Over the weekend, we asked the PHR readership which outstanding rookie would win the Calder Trophy should the season end without any additional regular season games being played. Quinn Hughes was the runaway winner with more than 51% of the vote, while Cale Makar turned in a solid showing.

Today, we’ll ask you to answer a similar question: Who would take home the Hart Trophy if the season ended today? 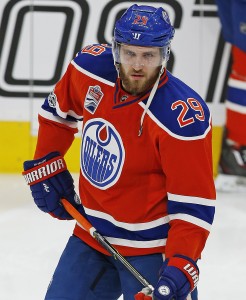 The award is given out to the “player judged most valuable to his team,” which has always started plenty of healthy debate. It’s true that last year’s winner, Tampa Bay Lightning forward Nikita Kucherov, was also the league leader in scoring with 128 points. But the league MVP is not always the player who takes home the Art Ross for most points. In fact, in 2018 Taylor Hall took home the award despite finishing sixth in league scoring with 93 points, 15 fewer than third-place finisher Connor McDavid.

That’s why it’s not necessarily a lock that Leon Draisaitl, the highest-scoring player of the current season, is the clear favorite. Not that he wouldn’t be a fine candidate. Draisaitl has proven without a doubt this season that he can carry a line without McDavid, scoring at an even more impressive rate since the two were broken up. With 110 points in 71 games he had already set a career-high, but he also had a chance to become the first player to score at least 130 in a single season since Mario Lemieux in 1995-96.

That kind of production is obviously incredible, but supporters of other players will point to the fact that Draisaitl did play the beginning of the season with McDavid, still gets to see the ice with him on the powerplay, or plays against weaker competition because of him. The Oilers’ captain is a candidate in his own right, despite having played just 64 games. McDavid, a two-time Art Ross winner and the 2017 Hart recipient has 97 points in those 64 contests and is still widely considered the best offensive player in the league. Because the Oilers have both of them, some will point to more isolated offensive players as the “most valuable.” 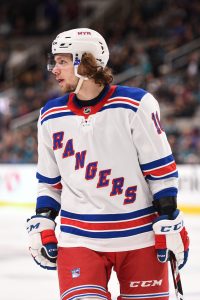 One such name is Artemi Panarin, who currently checks in tied for third in league scoring. The New York Rangers forward has 95 points in 69 games, 20 and 36 more than the second and third place players on his team. Panarin has been an absolute force for the Rangers in the first season of the whopping seven-year, $81.5MM deal he signed in the offseason.

Those aren’t the only candidates though. David Pastrnak may be part of one of the most dynamic lines in hockey, but his 48 goals are tied with only Alex Ovechkin for the league lead.

Normally Nathan MacKinnon is surrounded by elite linemates of his own, but given the injuries the Colorado Avalanche have suffered this season that hasn’t been the case.  MacKinnon has outscored his closest teammate by 43 points and was on track to crack the 100-point threshold for the first time in his career (he has finished with 99 and 97 the past two seasons).

There also may be arguments for defensemen and goaltenders, like Connor Hellebuyck for example. The Winnipeg Jets netminder has been as important to the club as any other player this season, posting a .922 save percentage in his lead-leading 58 appearances. John Carlson of the Washington Capitals leads all defenders in scoring and still had a shot at becoming the ninth defenseman to ever score at least 90 points in a single season (Ray Bourque, Paul Coffey, Phil Housley, Brian Leetch, Al MacInnis, Bobby Orr, Denis Potvin, and Gary Suter say hello).

It’s impossible to list every candidate, so we’ve included the top names in our poll. If you believe another player deserves recognition, make sure to leave a comment down below explaining your position.