Even as the NHL season takes a pause to try and prevent the spread of coronavirus, front offices will still be active looking for the best way to help their teams. One way to do that is review their reports on players from different leagues around the globe and decide whether they want to pursue them. Nikita Nesterov is one of those players who was drawing interest after another strong season with CSKA Moscow in the KHL. The former NHL defenseman has been gone for three seasons now, but is still just 26-years old. 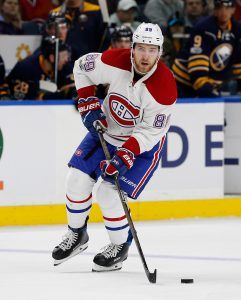 Today, Igor Eronko of Sport-Express reports that though the Los Angeles Kings had actually offered Nesterov a two-year deal worth $6MM to return, he’ll instead be staying in Russia. Nesterov reportedly has an agreement with CSKA on a five-year extension, one that effectively ends any NHL pursuit for the time being.

During his time in the NHL Nesterov was a frustrating player to watch, as his obvious talent rarely produced positive results. There was always an impact player there, but too rarely did he actually show it on the ice. In 132 regular season games he had 33 points, but even in such a short time he also added 28 postseason contests (scoring seven points). No doubt the Kings were not the only team with renewed interest in Nesterov this spring, but that will no longer matter when he signs his new extension.

Instead, the focus will shift to some of his Moscow teammates. Kirill Kaprizov is obviously the most intriguing name, a Minnesota Wild prospect that seems destined to finally come to North America. But other former NHL players like Anton Slepyshev, Mikhail Grigorenko and Alexey Marchenko have also drawn some interest and could potentially sign new deals in the coming weeks. Each of them will become unrestricted free agents when their KHL contracts expire at the end of April.