Colorado has added some offensive depth as they have acquired winger Vladislav Namestnikov from Ottawa, Sportsnet’s Elliotte Friedman reports (Twitter link).  Postmedia’s Bruce Garrioch adds (via Twitter) that the Senators receive a 2021 fourth-round pick in return. 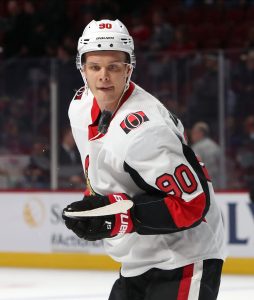 The 27-year-old acquired Namestnikov back in early October from the Rangers in exchange for a 2021 fourth-round pick and AHL defenseman Nick Ebert so the Sens basically recovered back what they gave up for him in the first place.

The change of scenery certainly worked for the winger.  After being bumped down the depth chart in New York, Namestnikov played a bigger role in Ottawa and had some success, recording 13 goals and 12 assists in 54 games while logging over 15 minutes per game.  He’ll likely get a chance to play a similar role with the Avalanche for the time being with Mikko Rantanen, Nazem Kadri, Colin Wilson, and Matt Calvert all currently injured.

Namestnikov is slated to become an unrestricted free agent this summer and carries a $4MM cap hit.  However, New York retained $750K of that in October so the Avs will only be on the hook for a pro-rated $3.25MM.