Darryl Sutter’s second stint with the Flames will be lasting a little while longer as the team announced that they’ve signed their bench boss to a two-year contract extension. 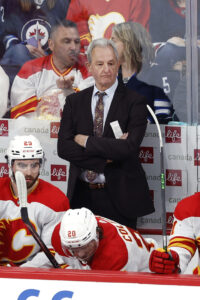 Sutter spent parts of nine seasons with Calgary in the early 2000s as both their head coach and general manager.  He somewhat surprisingly returned to the team in the 2020-21 campaign as he took over for Geoff Ward.  The 64-year- signed a three-year deal at that time with the final season of that deal coming in 2022-23.

While Sutter’s return may have been surprising, this particular news shouldn’t be.  Calgary has thrived with Sutter behind the bench with the team posting a 65-36-11 record under his tutelage.  On top of that, the Flames won the Pacific Division last season with a points percentage of .677, the second-best in franchise history.  That helped Sutter take home the Jack Adams Award as Coach of the Year for 2021-22.

Sutter will be at the helm of a team that has undergone some significant changes this summer, ones that often aren’t seen from a reigning division winner.  Long-time core players Johnny Gaudreau and Matthew Tkachuk have moved on while Jonathan Huberdeau, Nazem Kadri, and MacKenzie Weegar all came to town and inked long-term deals in recent weeks.  As a result, there could be some early-season struggles as those players adapt to his system but Calgary still projects to be one of the top teams in the West this season.  Sutter currently sits 11th in NHL history for victories (699) and will only be going up on that list over the next few years.