Free agency is almost upon us as it’s less than a day away.  There will be several prominent players set to hit the open market while many teams have key restricted free agents to re-sign as well.  Next up is a look at the Buffalo Sabres. 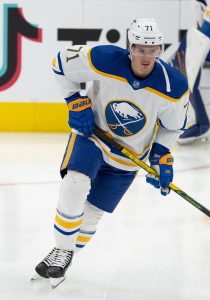 F Victor Olofsson: The 26-year-old has had some ups and downs in his career and there was a time last season when it looked like Olofsson could be a non-tender candidate when he was struggling.  However, he was much better over the final two months of the season, notching 25 points in 28 games to show that he can still be a part of Buffalo’s plans.  Olofsson is in his final year of arbitration eligibility so GM Kevyn Adams will be looking to work on a multi-year agreement which likely would fall in the mid-$4MM range.  If they can’t work out something in the next few days at least, expect Olofsson to file for arbitration and that will start the clock on working out a deal to avoid a hearing.  A one-year pact through a hearing should check in around the $4MM range if it gets that far.

D Will Butcher – Few players have seen their stock plummet as much as Butcher has in recent years.  After making the All-Rookie team in 2018, things have gone downhill from there.  The 27-year-old has had a very limited role the last couple of seasons between New Jersey and Buffalo but still put up nine points in 37 games in 2021-22.  He’s only four years removed from reaching 30 points back in his sophomore year.  While his market isn’t going to be the strongest, there will be teams looking to add some low-cost offensive depth on their back end and the potential upside of a rebound will result in some interest on a one-year deal. 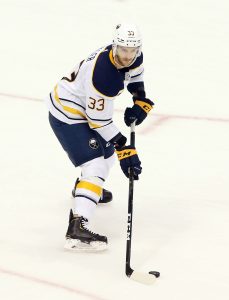 D Colin Miller – There are some parallels with Butcher in the sense that he’s a few years removed from his best year but his production has dropped considerably since then.  Miller is coming off a tough year on the injury front as well, missing 30 games between injuries and a stint in COVID protocol and with only 14 points in 38 games, his market is going to be similarly limited as well.  Again, teams will be looking to shore up their depth and Miller did log nearly 19 minutes a game last season so there will be some interest in a short-term pact, albeit at a much lower price tag than the $3.875MM he made the last four seasons.

D Mark Pysyk – After playing very limited roles in the previous two seasons with Florida and Dallas which included time on the wing, Pysyk returned to Buffalo and reclaimed a spot on their back end, spending most of the year on their third pairing.  At this stage of his career, the 30-year-old is likely going to be going year-to-year but as a right-shot defender that can play up front in a pinch, he should have some teams showing interest at a deal a little above the league minimum.

F Cody Eakin – Eakin’s days of being an impact energy player are largely gone but he can still kill penalties and win faceoffs having won a career-high 56% of his draws in 2021-22.  As far as fourth-line centers go, those are two elements that teams often look for.  It would be surprising to see the 31-year-old come close to the $2.25MM that he made in each of the last two years – the market for role players has dipped since then – but Eakin should have some suitors from teams looking for some cheap depth down the middle.

Cap space won’t be an issue for the Sabres who have over $30MM in cap space right now and that’s even after adding in Ben Bishop’s contract that they took on from Dallas earlier this summer.  Olofsson is the only free agent of note to re-sign so Buffalo has the cap space to be aggressive in the market or to take on more contracts to add additional assets.  That said, they typically have been a budget team so it remains to be seen how much of that $30MM they’ll be able to use.