With arbitration hearings on the horizon, most of the top news from the NHL over the past week came on the RFA side although one prominent unrestricted free agent made some headlines to get into the key stories from the past seven days.

Puljujarvi Settles: The Oilers were able to avoid salary arbitration with winger Jesse Puljujarvi as they agreed to a one-year, $3MM contract.  The 24-year-old had a career year, notching 36 points in 65 games which allowed him to more than double the AAV of his previous contract.  Puljujarvi has been in trade speculation for a while now and this deal isn’t going to change that.  Instead, it might actually help move discussions along as now other teams will have certainty over how much he’s going to cost for 2022-23 and how much cap space (if any) will need to be created to make a move work.  Edmonton still has some work to do with their restricted free agents with Kailer Yamamoto, Ryan McLeod, and Tyler Benson all needing new deals.

Four For Joseph: After having a limited role in his first three seasons in Tampa Bay, Mathieu Joseph made the most of his extra ice time with the Lightning.  So much so, in fact, that he was the key element of the trade that brought Nick Paul from Ottawa to Tampa at the trade deadline, leading to a strong playoff run and a long-term extension.  To his credit, Joseph was even better with the Senators, picking up 12 points in 11 games to finish his season on a high note.  Ottawa GM Pierre Dorion had seen enough, opting to work out a four-year deal worth an AAV of $2.95MM.  For context, $2.95MM is more than he has made the rest of his career combined.  It’s a nice reward for the 25-year-old while the Sens pick up two extra years of team control in the process. 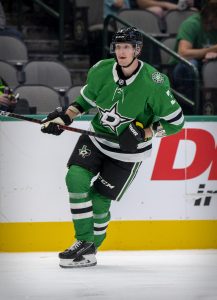 Klingberg To Anaheim: Clearly, John Klingberg didn’t get the contract he was looking for at the start of free agency.  That resulted in him leaving his long-time agent Peter Wallen to join Newport’s Craig Oster.  Oster clearly took a different approach to Klingberg’s free agency as not long after taking over, the veteran defenseman signed a one-year, $7MM contract with Anaheim.  It’s a soft landing for the 29-year-old who will have an opportunity to play a big role with the Ducks and then will be able to try his hand again in free agency next summer.  Worth noting is that his full no-trade clause is only in place until January so if Anaheim is out of playoff contention, it’s quite possible that he’s flipped at the trade deadline which could also help bolster his value on the open market next summer.

Bridge For Kakko: After another quiet season, one that was also mired by injuries, there was an expectation that the Rangers would be working out a bridge contract with RFA winger Kaapo Kakko.  They did exactly that as he inked a two-year deal that carries a $2.1MM AAV.  The second-overall pick in 2019 has 26 goals in 157 career regular season contests while he was a healthy scratch in their final playoff game.  The contract gives him more time to try to secure a full-time spot in the top six while also guaranteeing him a higher cap hit on his next deal as Kakko will be owed a $2.4MM qualifying offer in 2024 when he’ll also have salary arbitration eligibility.

Five Years For Siegenthaler: After playing a very limited role in his first few NHL seasons with Washington, Jonas Siegenthaler has become a legitimate top-four blueliner since joining New Jersey in 2021.  The Devils have seen enough to hand him a five-year contract that carries a $3.4MM AAV in a move that also buys out his first three seasons of UFA eligibility.  The 25-year-old had 14 points in 70 games last season while averaging over 20 minutes a game and will clearly now be a part of their long-term plans on the back end.