When Chuck Fletcher met with the media this morning, the Philadelphia Flyers GM had a very clear message. This season is lost and it’s time to look forward to the coming years.

That started immediately when Fletcher explained that both Sean Couturier and Ryan Ellis could undergo season-ending surgeries and his recommendation to the medical staff was to “get these guys right for next year.” Ellis has played in just four games this season after being acquired from the Nashville Predators in the offseason. Later in the press conference, he explained that the hope is still for them to avoid surgery as it should be the last option, but it is a possibility for both players.

Injuries like that were pointed at several times by Fletcher and Flyers’ governor Dave Scott as one of the reasons that the season was derailed. Scott put his faith in Fletcher several times, calling him “my guy” and explaining that he will write a “blank check” for the GM to fix it as quickly as possible. 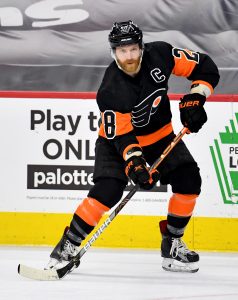 One of the biggest questions was the future of captain Claude Giroux, who is on the final year of his contract. Fletcher confirmed that the decision will be up to Giroux on whether or not he’s traded to a contender at the deadline. The veteran forward will discuss it with his agent over the All-Star break. Giroux holds a full no-movement clause, carries a cap hit of $8.275MM but is owed just $5MM in salary this season.

Overall, the Flyers appear to be heading into the deadline as an aggressive seller. Everything is on the table, according to Fletcher, who wants to avoid a full rebuild but start in on a retool in the coming weeks. Multiple times he referenced that the team needs more “top-end talent” and noted that Giroux is the best offensive player on the team, but he’s now 34. On Rasmus Ristolainen, another pending unrestricted free agent, Fletcher explained that the team brought him to Philadelphia to keep him, though would only say that he will work with representation to see “what makes sense.”