2020 was certainly a unique year away from the rink.  However, it was also a year that featured several big trades and free agent signings, coaching changes, and much more.  We continue our look back at the top stories from around the game on a month-by-month basis.  Next up is July which saw activity begin to pick up around the hockey world, including some final rulings coming down on conditional pick trades.

Labor Peace: Things on the CBA front was already somewhat encouraging with neither side exercising the right to re-open the agreement prior to the start of the season but there was more good news on that front as the NHL and NHLPA reached a four-year extension, meaning there is an agreement that will run through September 15, 2026.  The extension was announced as part of the finalized Return to Play plans that saw training camps for the postseason beginning just one week later.  Key elements of the deal included a commitment to returning to the Olympics, escrow caps, increases to minimum salaries, and a second method of determining qualifying offers.

Opt-Outs: While not a CBA element, part of the agreement in the above note was that players could opt out of playing in the postseason without any penalty.  Flames defenseman Travis Hamonic was the first to do so and the most prominent of the six as it took a 20-plus minute blueliner out of their lineup.  Edmonton rearguard Mike Green also opted out which meant that the Oilers only got two games out of him following his acquisition from Detroit.  The others to opt out prior to play resuming were Karl Alzner (Montreal), Sven Baertschi (Vancouver), Steven Kampfer (Boston), and Roman Polak (Dallas). 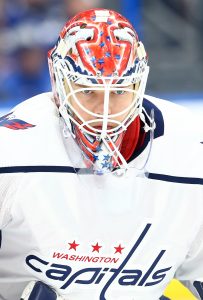 Samsonov Out: Washington had the most points in the Metropolitan Division before the rest of the regular season and expectations were high heading into training camp.  Then came the news that goaltender Ilya Samsonov failed his physical and had been ruled out for the entire postseason.  While he was the backup to Braden Holtby for the regular season, he was expected to see more action in the playoffs considering he outperformed the veteran during the year.  It also could have been an opportunity to see how he’d fare in the number one role knowing that they weren’t likely to retain Holtby in free agency (and they didn’t).  Instead, that didn’t get to happen and while Holtby didn’t play poorly in the playoffs, the Capitals went out with a whimper, winning just one of three seeding games and then only one of five in the opening round against the Islanders.

Coaching Hires: The Devils found their new bench boss as now-former Rangers assistant Lindy Ruff was named as their new head coach, replacing Alain Nasreddine who was in the role on an interim basis following the firing of John Hynes.  The decision was made by GM Tom Fitzgerald who had his interim title removed at the same time.  Meanwhile, Minnesota (who was taking part in the bubble playoffs unlike New Jersey) also made a decision regarding Dean Evason’s fate as they promoted him to the full-time head coaching spot after wrapping up the regular season in the interim role after they let Bruce Boudreau go.  While the team was 8-4 under Evason in the regular season, they struggled in the bubble, falling to Vancouver in four games in the qualifying round.

Burning Years: Some teams were hoping to be able to use their previously-unsigned international prospects in the playoffs.  While they weren’t able to do so, they were still allowed to sign the players and use up the first year of their entry-level deal.  That would allow them to at least practice with the team to get acclimated to the system.  A few teams took advantage of that as winger Kirill Kaprizov (Wild), goalie Ilya Sorokin (Islanders), and defenseman Alexander Romanov (Canadiens) all signed deals.  In Sorokin’s case, as his entry-level pact was only for one year, he subsequently signed a one-year, $2MM extension.  All three highly-touted prospects are on their respective NHL rosters to start this season.