The Colorado Avalanche have signed Nikita Zadorov to a two-year contract worth $2.15MM per season. Zadorov was one of three remaining restricted free agents who are currently not in camp with their respective teams. The two sides had been going back and forth between $2MM and $2.5MM, but finally settled closer to the Avalanche’s offer. 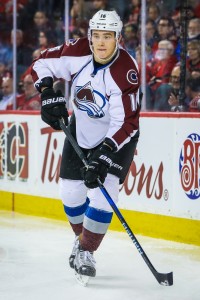 This week Avalanche GM Joe Sakic said that negotiations were close enough that he expected Zadorov to be in camp, and though the big defender has missed the very beginning a deal today allows him to participate in almost the entire thing. That’s good news for a club who have had nothing but turmoil lately, including both Tyson Barrie and Tyson Jost leaving the ice today with injuries (both are minor). Zadorov’s return will be a boon to an Avalanche defense corps that right now looks like it will employ several minor league players.

Zadorov, 22, is coming off a season in which he showed off both sides of his potential. A hitting machine, Zadorov filled up highlight reels with big open ice collisions, but also recorded just 10 points and at times struggled to get the puck out of his own end quickly. His offensive upside, something that he was expected to grow into as he learned to use his 6’5″ frame more effectively, has still been absent on most shifts. The Avalanche are hoping that with more development time he can become a more effective shutdown player, and every day in training camp with the team helps that.

A big part of the Ryan O’Reilly trade, Zadorov’s progression—or lack thereof—is now impacting the way Sakic handles his Matt Duchene trade negotiations. Several reports have come out that say Sakic is only willing to deal his star center for a huge package, partly because of the lackluster performance of Zadorov and J.T. Compher to this point. While neither player has developed into the kind O’Reilly is, both still have plenty of potential to make an impact on the Avalanche going forward.

Signing a two year deal will keep Zadorov a restricted free agent at the conclusion of the contract, allowing both him and the team to reevaluate his play down the road. Though bridge deals have seemingly taken a back seat to long-term extensions this summer, Zadorov’s play doesn’t warrant it at this point. Instead, he’ll still have two years of restricted free agency left after the contract, though will be eligible for arbitration. Should he breakout into the player many thought he would be, a long-term extension next summer isn’t out of the question.

Adrian Dater of BSN Denver was first to report the deal was finished, with Pierre LeBrun of The Athletic providing the financial details.