After last playing in mid-November, Clayton Stoner is returning to professional hockey. The Anaheim Ducks defender has been sent to the San Diego Gulls of the AHL on a long-term injury conditioning loan. Stoner underwent abdominal surgery in December that came with a four to six week timetable, which obviously has extended much further. The 32-year old had rejoined practice with the Ducks in recent weeks, and is now presumably healthy enough to get back into game action. 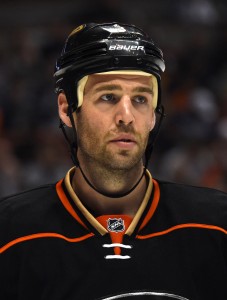 Since Stoner’s been out the Ducks have used several defensemen in his spot, most notably Shea Theodore, who has been shuffled up and down between the NHL and AHL so many times it inspired a Sports Illustrated article. The team used Korbinian Holzer Wednesday night, and Brandon Montour the game before that, but none have really stuck in the lineup so far. If Stoner can get back to 100% by the end of the season, it wouldn’t be impossible to see him start the playoffs in the Ducks lineup. His experience would be a welcome addition as the team heads into a tough first round matchup in the Pacific Division.

Signed—somewhat inexplicably—to a four-year, $13MM contract in the summer of 2014, Stoner has another year at $3.25MM left after this one. Should he return and show he can still compete at the NHL level, perhaps the team will retain him to off-set a possible loss of one of their younger defensemen in the expansion draft. If he can’t, he’ll have to be one of the first players out the door to create some cap-space to re-sign some of the Ducks’ upcoming restricted free agents. For now though, he’s focused on one thing: getting healthy.