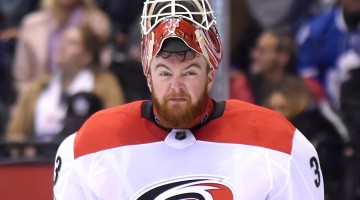 Veteran goaltender Cam Ward called it a career today, signing a one-day contract with the Carolina Hurricanes, who he served for 13 seasons to begin his NHL career. The 35-year-old finally moved on from the Hurricanes last season, but struggled in a backup role with the Chicago Blackhawks. With his numbers slipping and age catching… More › It doesn’t seem that long ago that Marc Methot was considered to be a high-end shutdown defenseman. Actually, it was just two years ago when the veteran was with the Ottawa Senators, that he averaged just short of 19 minutes per game for eight straight seasons. However, after signing a four-year, $19.6MM extension to remain… More › Riley Sheahan was once viewed as part of Detroit’s next core but all of a sudden, the center is still without a contract with training camps approaching. 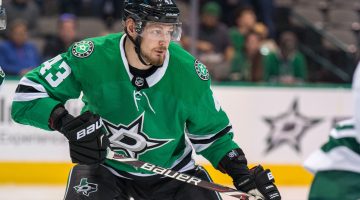 Just a year ago, the Dallas Stars were praising the signing of Valeri Nichushkin, their first-round pick back in 2013. The young, promising power forward showed quite a bit of promise before opting to return to the KHL. However, the team pressed and pressed before finally getting Nichushkin to agree to come back last year… More › 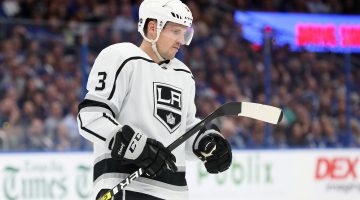 For years, most people have associated defenseman Dion Phaneuf with the seven-year, $49MM contract he signed with the Toronto Maple Leafs back in 2013 when he was considered a top-pair defender. However, that contract didn’t even kick in until the 2014-15 season and suddenly by that point, Toronto was keen to move on from him,… More › 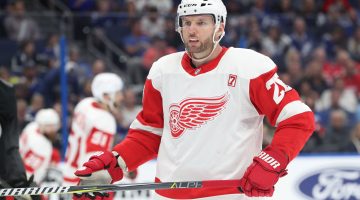 If you look at the resume of goal scorer Thomas Vanek, he’s been a man without a team for many years. After a long stint at the start of his career with the Buffalo Sabres, the winger has been on seven different teams over the last six seasons, and while he has proven to be… More › 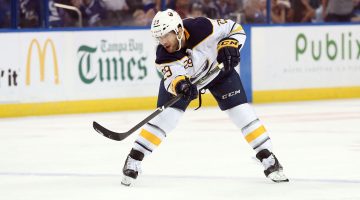 Despite scoring 16 goals in each of the last two seasons, veteran winger Jason Pominville is still trying to find a place to play next season. Since the unrestricted free agency rush of July 1st subsided, just two NHL goaltenders have been signed off the open market: Anthony Stolarz with the Anaheim Ducks and Jared Coreau with the New York Islanders. That’s two goalie signings in 33 days, making it easily the quietest position of this off-season, despite a major re-shuffling of UFA starters early… More › While Patrick Marleau would undoubtedly like to return to San Jose, what other teams could possibly be a fit for the veteran free agent? Ben Hutton is coming off a good season in Vancouver but still finds himself without a contract nearly a full month into free agency. 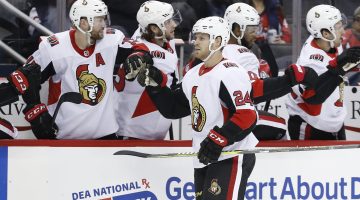 It’s been nearly a month since NHL free agency opened and a number of notable players remain unsigned, including 13 of PHR’s Top 50 Free Agents. Given the slow-moving nature of the market and the limited cap space that many teams are dealing with, it’s no surprise that a role player like Oscar Lindberg, ranked No. 47… More › Veteran defenseman Ben Lovejoy is someone who was in demand at the trade deadline and has typically been viewed as a capable option on the third pairing. Despite that, he finds himself still on the lookout for a new contract more than three weeks into free agency. Despite being a popular trade deadline target, veteran center Brian Boyle still finds himself in need of a contract this summer. 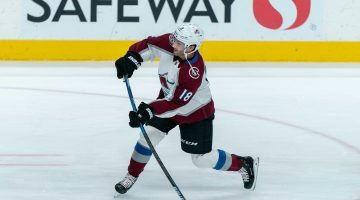 It wasn’t that long ago that Derick Brassard was viewed as a capable top-six forward. Now, he finds himself still looking for a deal three weeks into free agency.

While many observers are caught up in the college free agent market right now, the prize among undrafted free agents hails from the junior ranks. Justin Brazeau, a 21-year-old winger from the OHL’s North Bay Battalion, is ready to be an impact pro player as soon as his season ends, which could be sooner rather than… More › The Philadelphia Flyers had to make a tough decision earlier this summer when it opted to buy out veteran defenseman Andrew MacDonald. The veteran has been a key piece in the Flyers’ locker room, but the team felt it had to make a change. Regardless of the buyout, there should still be a place for… More › 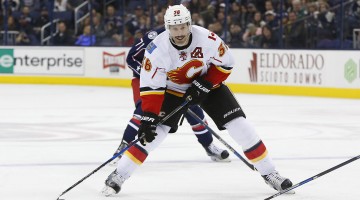 Entering the free agent market late is never an enviable position. Hitting the market in August coming off the worst season of your pro career? That’s a really tough spot and the one facing down veteran forward Troy Brouwer this summer. Brouwer became the latest addition to the unrestricted free agent market on August 3rd, after the… More › 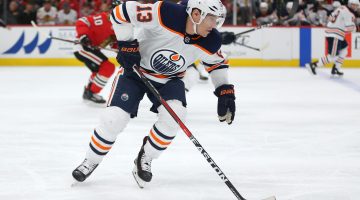 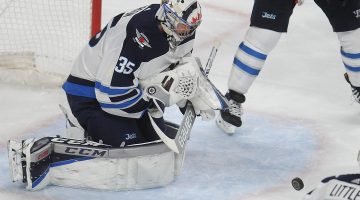 Only a season ago, Steve Mason was a highly-sought after goaltender and was rewarded with a probably unrealistic two-year deal worth $4.1MM AAV from the Winnipeg Jets. However, many were surprised the 30-year-old goaltender received such a deal for a player who has had a roller-coaster career from sharp highs to inconsistent lows. That certainly… More › A closer look at Kris Versteeg who has been a fairly productive secondary scorer in the past but remains unsigned more than a month into free agency.